You Want to Stay Hidden

Getting off the forest floor also reduces your scent profile greatly; the higher you are the less of your scent that will make its way to the ground. Additionally, your movements will go mostly unnoticed as animals won’t be looking for threats above them. In theory, this means that you’re always better off hunting from a treestand. However, you’ll also need into consideration that tree branches can obscure your views and make a kill shot much more difficult. It’s a good idea to take some time to clear out some shooting lanes after you’ve decided where to place the treestand.

You’re Not Afraid of Heights

This should go without saying, but if you’re phobic about heights, treestands are a bad choice for you. Hunting from a treestand means hours spent hight above the ground. If thinking about that makes you anxious, stick to ground blinds. 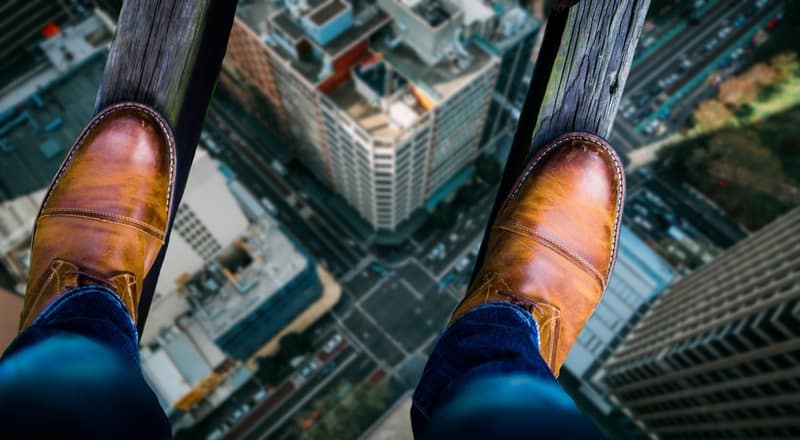 You Hunt on Private Land

There are a variety of treestands for sale, some of which are very portable, but most are better left set up for the whole season. Animals will be less wary of the stand if it becomes part of their environment, which is why you should set it up several weeks before opening day. That’s not on problem if you own the land or have received permission to hunt on it, but almost certainly illegal on public property.

You Don’t Mind Staying in One Place

Treestand hunting is all about preparation and planning. More than likely you will only set up one or two treestands; they’ll need to be placed where you know an animal will be present. It’s a good idea to do some preseason legwork, get out there with some game cameras and see which trails have the most traffic. Nothings more frustrating than spending all day in a treestand to see nothing.

You Want a Backstop

When hunting from the ground, it’s always important to look for shots that have a backstop. If you miss your target, you don’t want that bullet or arrow to continue onward. When hunting from a treestand you have a natural backstop, the ground. The downward angle insures that all misses will do no harm.

You’re Okay With Hauling Some Weight

Treestands can be heavy, with many climbing treestand weighing 30 pounds or more. That’s a lot of weight to carry into woods in addition to your hunting pack, though with less portable stands ladder stands you probably won’t be moving it more than once or twice during the season.

You Have Favorable Weather

Treestands are very exposed to the elements, particularly wind and rain. The higher you climb the more bone-chilling the wind can be. With no roof overhead you are sure to get wet if it starts raining. Some hunters overcome this problem by using a stand skirt, which is kind of like hunting from an an open top ground blind in a tree. It cuts down on the wind, but cold and rain can still be a problem.

You’re a Stickler for Safety

Treestands are dangerous, no doubt about it. Climbing to an elevated position always puts you at risk for a fall. If you use one it’s absolutely critical that you wear the safety strap and check your equipment for damage before each use. Treestands have the potential to cause injuries, but they can be avoided if you’re careful.

Given enough time, almost every bowhunter embraces the use of a treestand occasionally. They’re just too useful, giving a bird’s eye view and keeping you out of the line of sight of your prey. However, there are hunters that don’t like them or feel that they should only be used in specific circumstances, and that’s alright too. Hunting is all about doing what’s most fun and allows you to make the most of your season.