Recurve or compound? It’s probably the biggest debate in the crossbow world and hunters will defend their camp to a fault. At the same time, most hunters are biased towards the type of crossbow they shoot, making it difficult to get an objective opinion on which is better. Both recurves and compounds have their pros and cons, typically compounds are easier to cock but harder to fix if something breaks, recurves on the other hand require more effort to cock without the help of pulleys found on compounds, but replacing the string if it snaps can be done in the field and replacing the limbs isn’t too difficult either.The truth is there are excellent recurve and excellent compound crossbows, and the type that is right for you comes down to your personal preferences. I personally own both types of crossbow and enjoy shooting them equally, if I had to pick one to own forever (which I’m thankful I don’t) I would probably go with a good recurve for the ease of maintenance and durability.

The two types of crossbows differ in how they store the tension necessary to fire a arrow. Recurve bows use the same principle that bows have used for thousands of years: a bowstring causes two flexible limbs to bend as the string is pulled back. The more modern compound crossbow uses a series of cams and cables to create a mechanical advantage that assist the bowstring in bending the limbs, which are more more rigid than those found on a recurve crossbow. Both types of crossbows have their advantages and disadvantages; the one that is right for you is determined by the type of hunting you do and the drawbacks that you’re willing to accept with your crossbow.

Compound crossbows are capable of firing arrows at much higher velocities compared to recurve crossbows. Their mechanism allows for greater tension in the limbs, which translates into faster arrow velocity. Combined with a heavier arrow, higher velocity translates into higher kinetic energy (takedown power). Your shots will fly further, with less drop, and sink deeper into your target with a compound crossbow. Recurve crossbow are getting better, but are unable to match the power of compound crossbow at this time.

In bow hunting, accuracy is the name of the game. You can discuss the velocity and kinetic energy of arrows all day long, but when it comes down to it, shot placement is what matters. You want a crossbow that puts the arrow exactly where your sight says it will, shot after shot. When it comes to dependability, the recurve bow wins by using fewer moving parts. The cams on a compound crossbow can get out of tune, meaning the limbs are out of tune and you can’t count on the arrow going where you want it to. To fix this problem, you’ll almost certainly need to take it to a bow technician. Recurve bows don’t have this problem as the tension from the bowstring naturally pulls on the limbs with equal force.

Durability is a toss up between the two styles of crossbows. On one hand, compound crossbows have more moving parts, which means there’s more points of failure. However, recurve crossbows exert more strain on the bowstring as it’s less efficient at storing all that tension. This means that the bowstring will need to be replaced more often. If you’re someone that is meticulous with their maintenance schedule, that won’t be a problem, and it’s a whole lot easier to replace a bowstring every few hundred shots than it is to fix a cam on a compound bow.

Admittedly this isn’t a huge concern for most crossbow hunters – by the time the deer hears the sound of your bow, the arrow will have already hit them. That being said, compound bows are quieter, which gives you a better chance at taking a second shot. The longer draw length and more flexible limbs mean there’s a lot more vibration and noise that comes with firing a arrow. If you want to stay as silent as possible, a compound crossbow is the way to go.

If you were to compare two equally performing crossbows, one recurve and one compound, the recurve will almost always be less expensive. This is another case of moving parts being a problem for the compound crossbow, there’s just more that goes into them and that causes the cost to rise. Compound crossbows can be twice as expensive as a comparable recurve crossbow, which makes the later a great choice for those just getting into the sport.

One of the most annoying problems with a compound bow is that they don’t have a decocking mechanism. You have to end your hunt by firing one of your arrows into a target. With a recurve crossbow, you need only remove the arrow and uncock the bow. 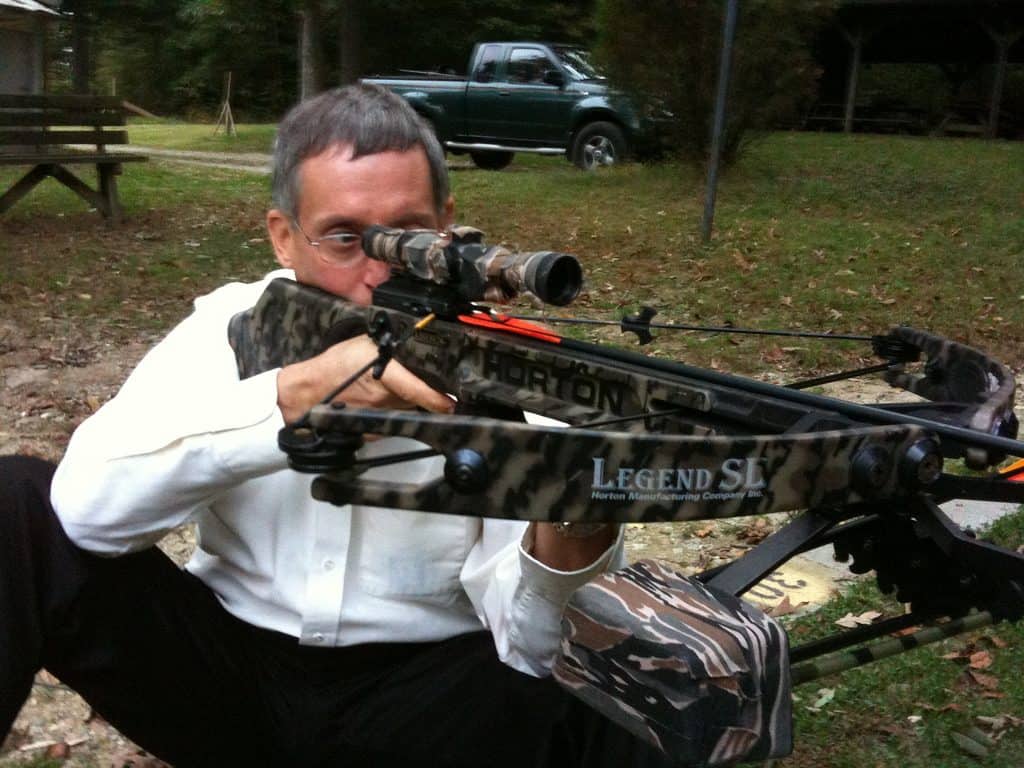 Recurve Crossbow vs. Compound Crossbow: Which is Right for You?

There’s no right or wrong crossbow to buy, there’s only the type that best suits your preferences. If you’re new to the sport, want a crossbow with less complicated maintenance and a lower price tag, a recurve bow is probably the right choice. If, on the other hand, you’ve been bowhunting for a few years now and would like something quieter, more compact, and with greater stopping power, you’ll almost certainly want a compound bow. It all comes down to personal preference though, and there’s a lot more that goes into a successful hunt than the type of crossbow you’re carrying.