Spotting scopes are probably one of the most underutilized pieces of hunting equipment. Many people are intimidated by their size and expense, wondering if it’s just an overpriced gadget they don’t really need. Nothing could be further from the truth though, as a good spotting scope, in the hands of someone who knows how to use it, can be invaluable. We’ll explain the reasons why you need to use a spotting scope on your next hunt.

Why You Should be Using a Spotting Scope

Let’s start off with a hypothetical scenario: you’re sitting on top of a ridge and you see some movement on the next one over, so you reach for your binoculars to get a better look. Through them, you see a group of shapes that look at least vaguely elk-like, but what do you do now?  You can’t see well enough to positively identify them as elk, and you certainly can’t count the points on any of them or make out any detail. You’re not sure if it’s worth the long hike over rough terrain. This wouldn’t be a problem if you’d brought along a spotting scope; you’d have 3  maybe even 4x the magnification of your binoculars, and enough information to determine if it’s worth tracking the herd.

What Is a Spotting Scope

At it’s simplest, a spotting scope is a rugged telescope designed to produce images with the kind of clarity that hunters need to make a positive identification of the species, sex, and size of an animal. They’re ideal for glassing targets at a distance. Your binoculars are useful for doing wide sweeps, but once you’ve found something, it’s important to have that extra magnification and clarity that comes with a spotting scope. 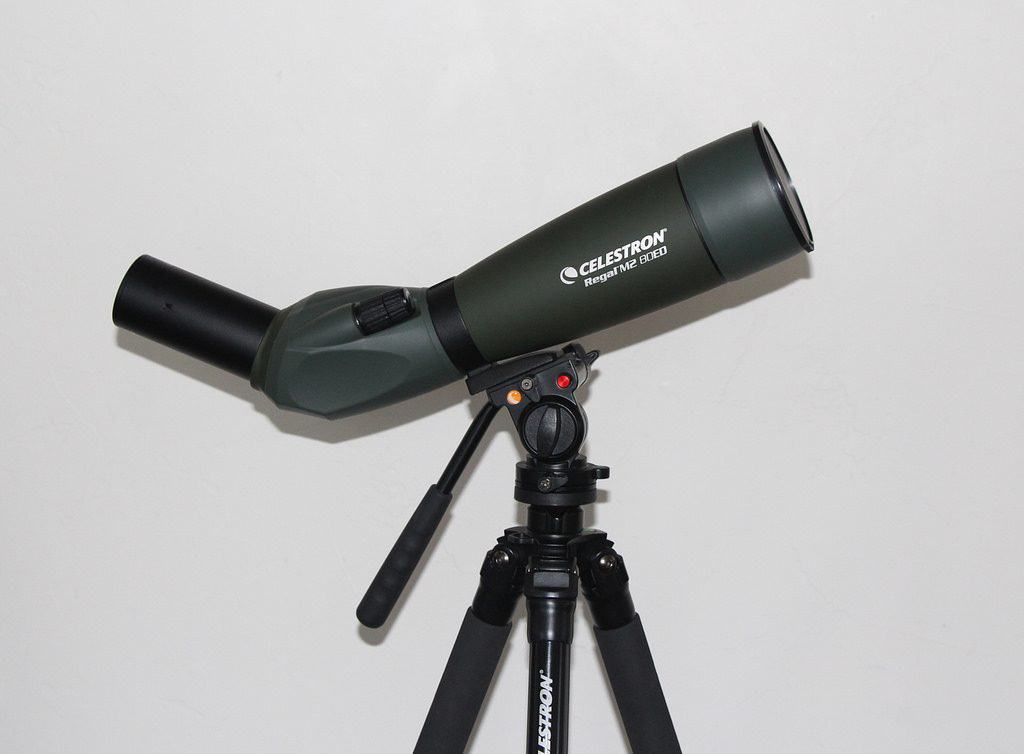 Most spotting scope have a magnification somewhere between 15 and 20x. They also have a very large objective lens (the optical element at the front of the scope), which lets in a tremendous amount of light to give the scope unmatched clarity, even in low light conditions. They are extremely useful for when you’re devising a strategy for your hunt – watching your prey’s movements, examining entry and exit points from where you can make the kill shot, and seeing what kind of obstructions could be encountered along the way.

The downside to spotting scopes is that they are a bit more difficult to use compared to binoculars. Their high magnification makes it difficult to hold them steady, so a tripod is almost a necessity to use them properly. They’re also quite expensive, and you’ll probably want to keep them in some kind of protective pouch or cases so they don’t get banged around with all the other equipment in your hunting pack.

Why Not Use Binoculars?

It’s a valid question, binoculars are more compact, easier to use, and typically less expensive. For many hunters, they’re the better choice, particularly if you’re spending your days hunting in dense foliage where the power of a spotting scope would be wasted. However, binoculars have some disadvantages too:

Spotting Scopes Change How You Hunt

The world opens up when you have a spotting scope, and the hunting ground becomes so much larger. You start to see more patterns in nature, which transforms you’re hunt from a “wait and see” strategy to one of active pursuit.