Hunting is a tradition that has been practiced since the dawn of time. It’s also one of the most controversial sports in America today. For many, hunting is a way to connect with nature and provides an opportunity to take home fresh meat for dinner; for others, it’s seen as cruel and barbaric. No matter where you stand on this issue, there are plenty of things about hunting that can be improved upon if you’re willing to put in some work. 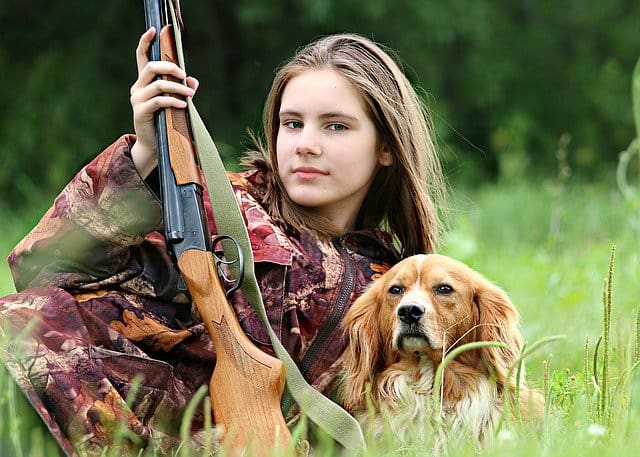 Improve the optics on your guns

Technology is just as important as your skillset when it comes to hunting; if you’re not using the best optics available, then your success rate is probably going to be quite low. If you’re serious about becoming a better hunter, don’t skimp on buying some high-quality BadAssOptic magnifiers and add-ons for hunting. These types of optics are great for any kind of game. They’ll allow you to view your target from far away without having to approach it. This will help prevent so many accidents that turn into hunts gone wrong.

Just like with gun optics, it’s important that you use the appropriate scope adjustment settings when out in the field tracking an animal or multiple animals. Many people just assume that they can use their standard iron sight and haphazardly track wild games as they see fit, but if you want to be a true expert with your weapon, you’ll need to learn how to change the adjustment levels on the fly.

If you’ve never received a gun safety course or taken a hunting safety class before, now is the time for you to look into doing so. There are plenty of different organizations that offer free training sessions and courses on these topics. These days it’s more important than ever that people properly know how to operate their weapons because there’s just too much risk involved if someone is using them improperly or irresponsibly.

Hunting can be a fairly strenuous activity for many people. Those who have been practicing their skills at hunting for years know that it takes a certain amount of stamina to track and take down prey. When you’re out in the woods hunting, there’s no telling when an animal might change course or hide from you, so you need to make sure that your body is in optimal health before going out on a hunt. Getting a minimum of six hours of sleep a night will help keep your energy levels up so that you don’t find yourself falling behind during hunts.

In addition to getting plenty of rest, you also want to eat the right kinds of foods before going out hunting. This doesn’t mean that you need to eat a fried chicken and large pizza meal the night before you head out into the forest, but it does mean that you want to fuel your body with healthy foods that give you energy. This will keep your mood up if you’re feeling discouraged about not successfully hunting down anything. Don’t make it easy for your prey; make sure to take care of yourself first so that if it becomes necessary, you’ll be able to go after animals all day long without burning out quickly.

Just because many people are interested in taking down large animals doesn’t mean that they should always be the first animals targeted during a hunting season. If you want to be better at hunting, then it’s important for you to learn how to successfully take down smaller animals as well as larger prey. Over time you will build upon skills, and your abilities to catch the harder animals will increase.

Just like there are different pieces of equipment you’ll need to invest in, there are also certain guidelines that people must follow when it comes to hunting season. While many hunters know the basics of what is and isn’t allowed within their state, some may not realize they’re breaking specific laws that can result in harsh penalties. Make sure you familiarize yourself with these laws before heading out into the field so that you aren’t caught off guard by any legal issues while out on the hunting trail.