Electronic game calls, unlike their manual counterparts don’t require any particular skill to make the right sound – they’re preprogrammed to create the same noise each time. However, that doesn’t mean that they take no skill to use. Instead of focusing on making the right sound, you need to figure out how to combine and modulate the various calls to create the right effect – the sounds that bring down your prey’s defenses. Below are some of the best practices for using an electronic game call, which will make you a better hunter and hopefully ensure more kills next season.

Do Some Preseason Scouting

This tip applies to all types of calls, but it’s especially important with electronic calls. With so many calls at your disposal, you can end up feeling like a failure when none of them work. More than likely though, there just aren’t any game animals in your area. Do some scouting during the preseason: check for scat, tracks, and any signs that the animals you’re looking for actually exist.

Check to See if the Call is Legal

Your call may or may not be legal depending on the state and type of game you’re hunting. A quick check of your state’s hunting regulations will spell out whether electronic calls are legal in your hunting district.

Different calls are more effective at different times of year. Grunts and wheezes are great for the deer season rut, while various cuts will work for the turkey mating season. With an electronic call you have all of them at your fingertips, but you’ll still need to be careful to only use the ones that are appropriate for the season.

One of the most frequently asked questions with electronic game calls is “how loud will it be?” It makes sense, the call sounds different when you’re trying it out at home where there might be a lot of environmental noise. Unless you’re hunting in a really open area, like a cleared wheat field, it’s better to start small. Begin by using a quarter of the max volume and then adjust from there. Most animals aren’t announcing their presence at the top of the lungs – you shouldn’t either. Too much volume will cause your prey to become cautious.

This is possibly the biggest advantage of electronic game callers, you can operate them from afar. You can place them in areas where your presence or smell would spook the animal before they ever reached you. You can also use manual calls and have the electronic call as a supplement somewhere nearby.

Set Yourself Up for Visibility

You can be a master with your electronic call and never take a shot if you set up in dense cover. The whole point of using a call is to bring in animals that you didn’t know where there or were too far away. Look for positions where you’ll have a good viewing area in multiple directions and with long lines of sight. 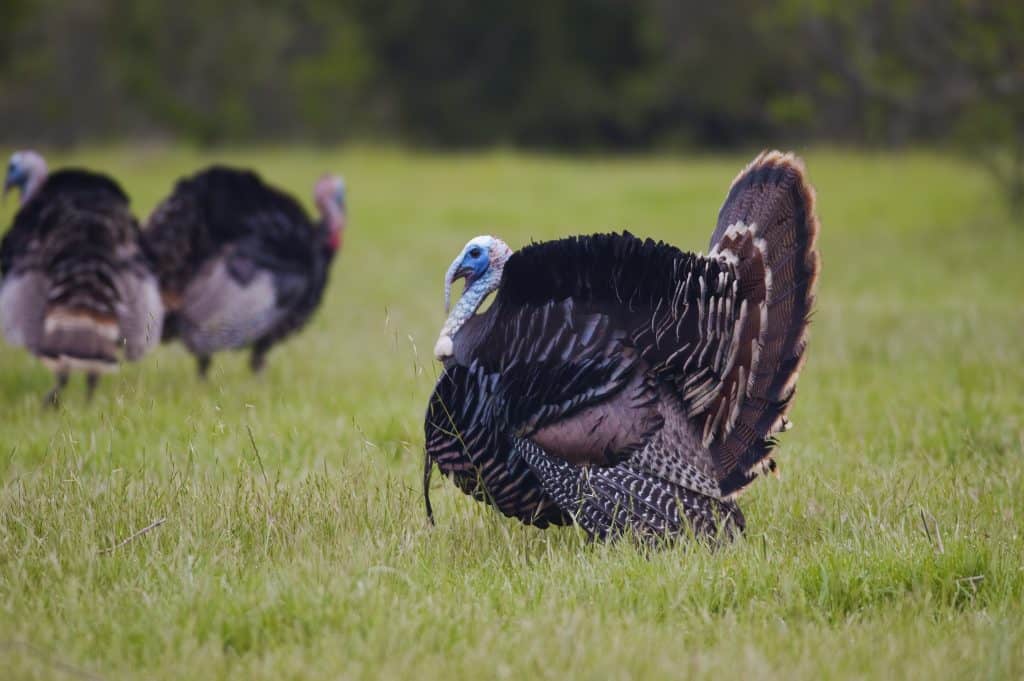 So many hunters think that a good electronic call is their golden ticket and herds of prey will just come running in as soon as they turn it on. That could happen, but usually it takes some time. Try each location and call sequence for at least twenty minutes. The only exception to this is if there’s a strong wind or rain that mind prevent the call from carrying as far. In that case find a new, more protected position and try the call again.

Like a maestro directing an orchestra, an electronic call allows you to arrange a symphony of different calls for your prey. Watch some YouTube videos and figure out what kind of sequences can be arranged with your model. You might need a whole pack’s worth of calls to do this with manual models, but all it takes is some knowhow and button pushing to accomplish it with an electronic call.

No call will work perfectly every time. Sometimes your prey just isn’t feeling a certain call and you’ll need to try something different if you want them to come in. Flexibility is key. That being said, don’t go nuts with the various calls at your disposal, it will just sound like a mess and confuse your prey.