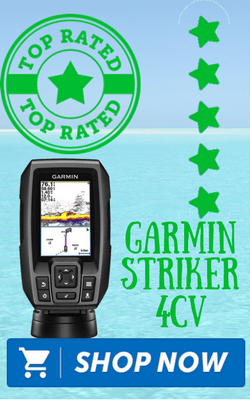 Adding a fish finder will make fishing from a kayak easier and allow you reel in more fish. Technology is expanding to allow highly sensitive GPS readings, accurate maps and constant sonar readings. The fishfinders on this list will mount easily on a kayak and can be transported to a larger boat when needed. These are the models with the ﻿top﻿﻿﻿ ﻿﻿kayak fishfinder reviews. 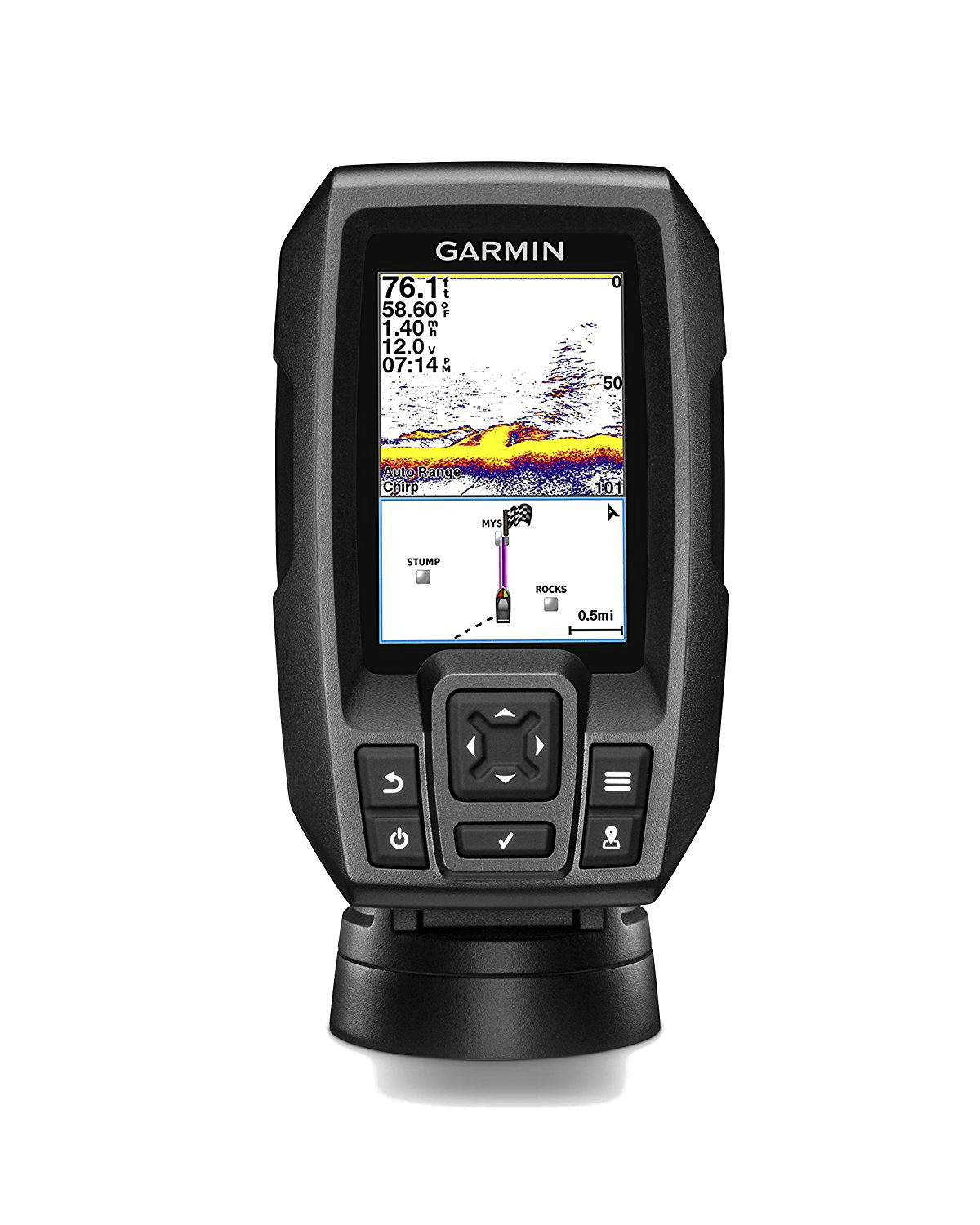 The Garmin Striker 4CV is a rugged fishfinder with a highly sensitive GPS and the ability to make a spot on the map so that you can return to it later. The Striker 4CV uses Garmin’s Downvu scanning sonar that provides a very clear picture from a 3.5-inch display size. The Striker 4CV includes a transducer.

This Garmin fishfinder is different than the standard Striker 4 because it comes with the CHIRP transducer which provides high clarity when looking for fish. The CHIRP transducer sends out a continuous sweep of frequencies so you get a constant picture of what’s up to 750 feet below your boat.

This is a kayak-friendly fishfinder and one that is finding widespread use by recreational and advanced fishermen because it is easy to transfer from boat to boat. 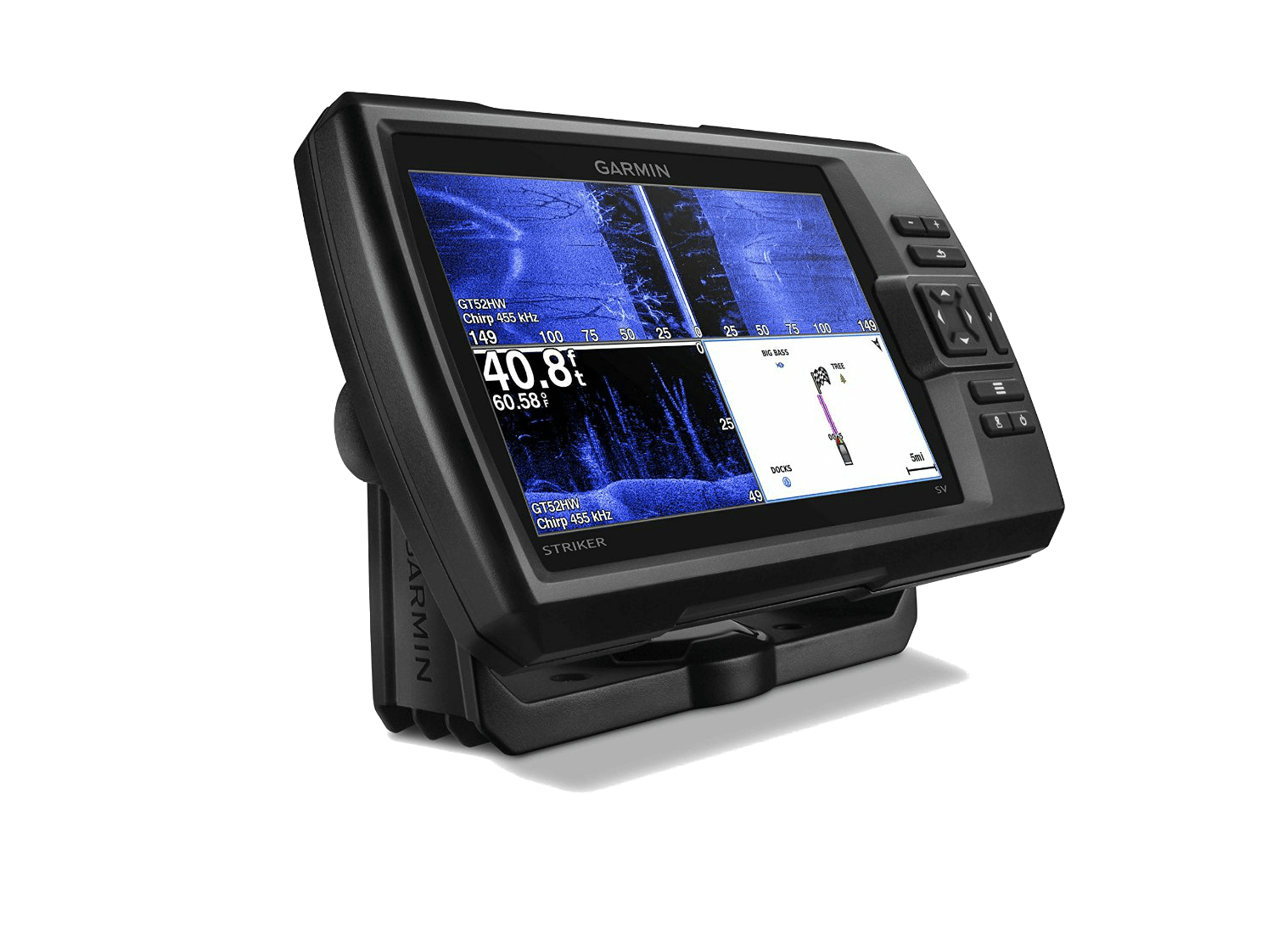 If you don’t mind breaking the bank on a top-of-the-line fishfinder, check out the Garmin Striker 7SV.

The Striker 7SV expands on the performance of the Striker line and adds a host of features. It has a larger screen than the 4CV and operates at a high resolution so the map and sonar is crisp and clear. Like the other Striker models, it has the CHIRP Downvu technology and also CHIRP Sidevu that reads outward from the kayak to give a larger sight picture and show any obstacles that might be in the water.

The unit has a high-sensitivity GPS with the ability to track waypoints. Another nice feature is the ability to split the screen 4 ways so you can read a map, GPS and sonar all on the same screen. The high performance makes this the best fishfinder for kayaks. 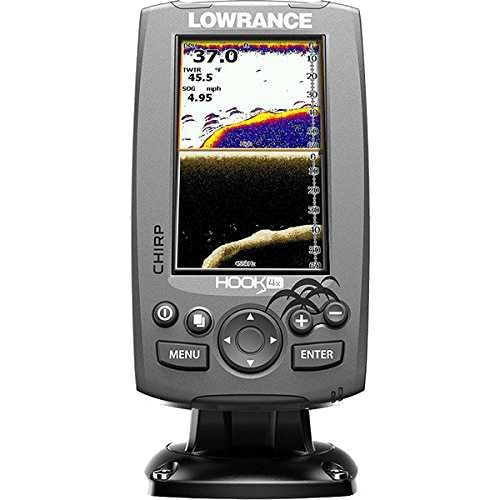 The Lowrance Hook-4X is a high resolution fishfinder with CHIRP sonar technology and an advanced signal processing feature that reduces the need to manually adjust the signal.

This is the newer version of the Elite-4X unit that was very popular with boat fishermen and improves upon its excellent design. The clarity and bright color of the 4-inch screen means it is easy to read and adjusts for different ranges and frequencies. It also has the ability to track sonar history so that you can find your way back to areas with the most fish.

At around the same price as the Garmin Striker 4DV, this is the best alternative. However, the transducer included with the Lowrance Hook-4X is not the best and may need to be upgraded.

The Hummingbird Helix 5 DI Fishfinder is a higher end fishfinder with a host of features. It has a high-resolution 5-inch display that gives a clear and bright picture. It also has extremely detailed maps that can be updated from an SD card or as a way to save waypoints on the water. The Hummingbird Fishfinder comes with a transducer and the Helix unit and can read water temperature as well as depth and has an accurate Deal Beam sonar.

While this unit can give excellent performance, some have noted trouble with depths below 100 feet, but this shouldn’t be too much of a problem for kayak fishing. However, the Helix 5 still scores consistently high with kayak fishfinder reviews. 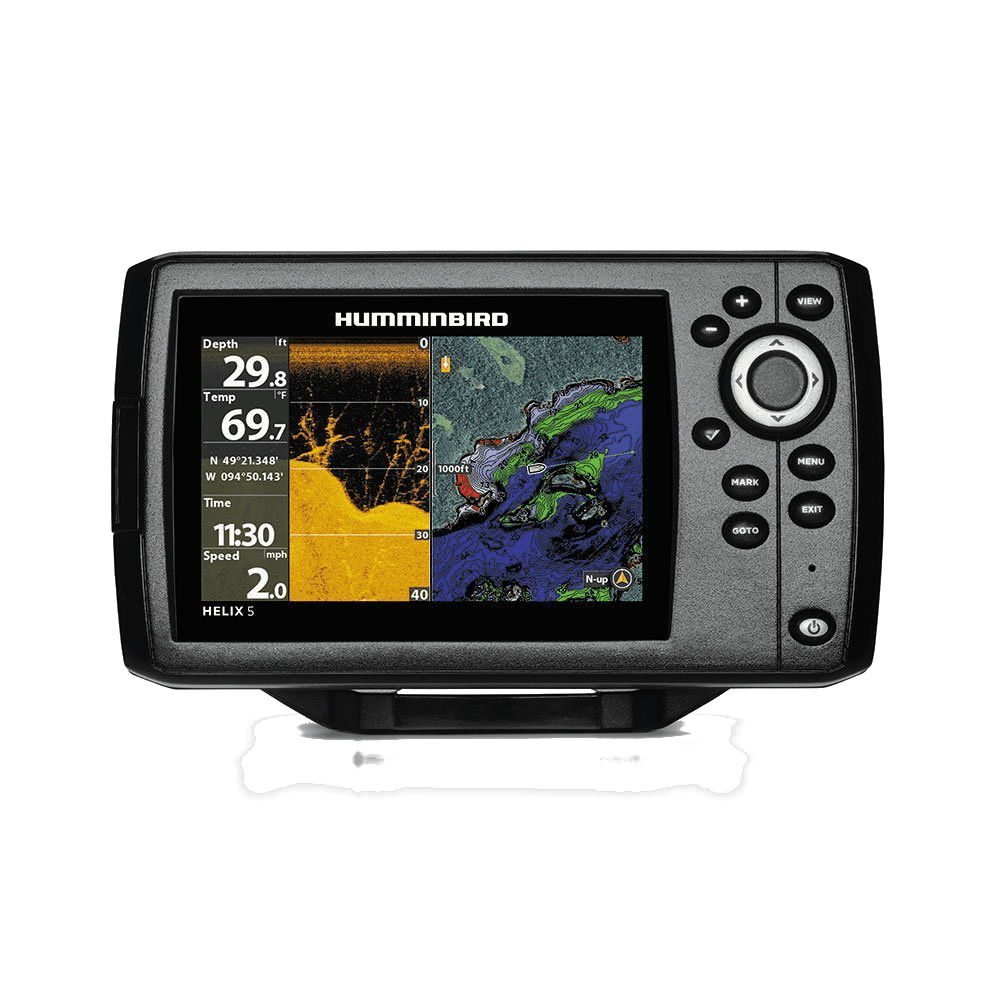 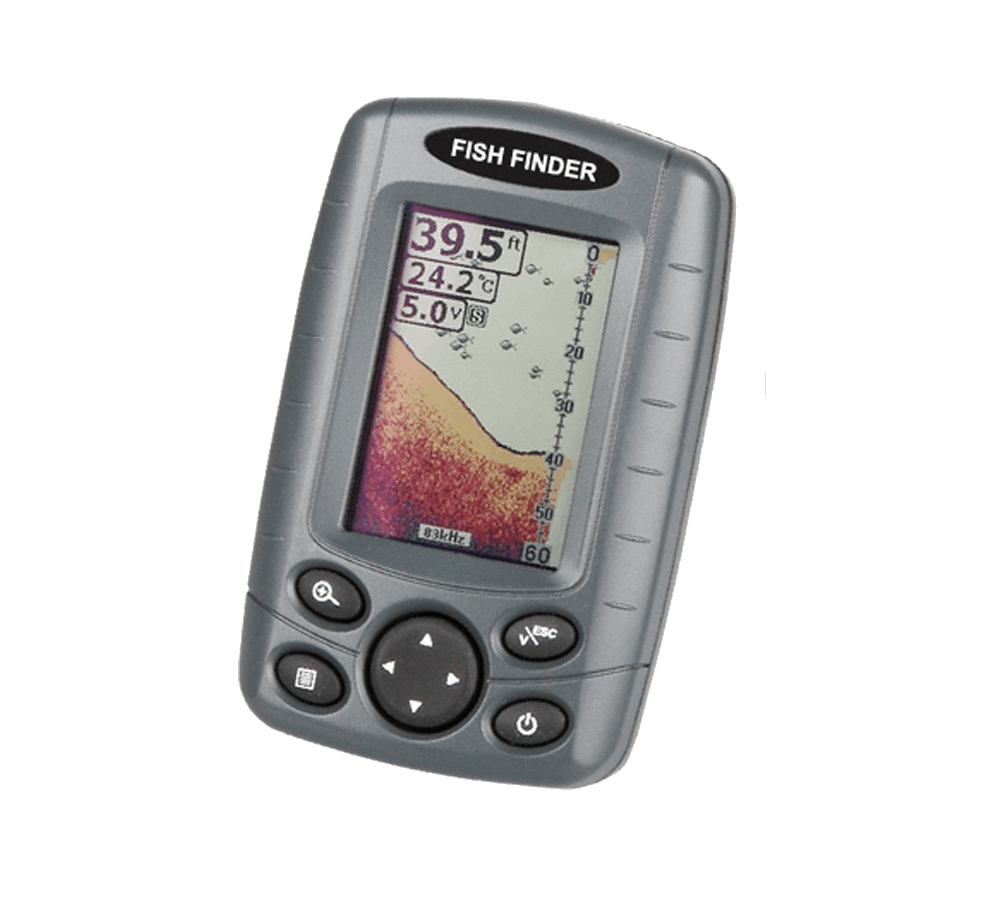 The Signstek FF-003 is an inexpensive fish finder that still manages to include very nice features making it the best kayak fish finder if you’re on a tight budget.

The FF-003 is battery powered and comes with the fishfinder and a transducer. It has a 512 color display that is very readable in the sunlight because of an LED front light. The unit has simple controls and a small overall shape, meaning it won’t take up too much space on a loaded kayak.

The FF-003 is surprisingly sensitive and gave readings close to much more expensive units, but trailed off slightly as the depth became larger. Another possible problem is that the unit can be difficult to mount and may require a bit of retrofitting to make it work on some kayaks.

As you can see there is a range of options when looking for a kayak fish finder to mount your kayak, whether yours is a sit in or sit on top kayak . If you’re looking for a budget model, the Signstek FF-003 may be the best option, or look to the Garmin Striker 7SV for the best performance and readability. If you want a solid performing option in the middle of the price range, the Garmin Striker 7SV has a great mix of performance and price, making it the best kayak fishfinder overall.